With the kind support of FBM studio, Zürich

Text to the exhibition by Chiara Valci Mazzara

Oh! Ann, i was on my way to YOU today and i couldn’t read what i wrote on my notepad.

The white pages were too bright in the sun, sitting on the train, going west.

Now i got to know YOU. We share thoughts.

i walk through your street with the confidence one has when arriving at a known place… still, the pages of my notepad are too bright to read.

i did eleven steps as i turned the corner, the letter ‘ I ‘ is the eleventh of the alphabet. (Numbers can be tools to serve the words…)

i am trying to read again the questions i prepared…thinking about your work and your ideas as a continuous flow, like a watermark in colours. …feels like i don’t really need notes now.

Maybe only words would be better: questions always point somewhere and we want them to be free to roam around… even just rolling around a word or a letter… like if they were pivotal little people..

In my notes each and every topic involves a word, which starts with the letter ‘ i ‘. I think there’s no better start…

The words are never shy, one only has to listen. And to treat them well.

Sometimes they can’t be found, but many times they’re merging together: and they make complete sense.

The words are formed by letters and the letters, well, they’ve got strong character.

Do you remember how you told me about the ‘ i ‘ you choose for each of your friends? Each one had his or her ‘ i ‘ portrait.

Now i think about it all the time.

i dismantle the fonts of the advertising signs walking along the street.

i meet a person and i wonder which kind, shape, outline, colour and thickness his very own ‘ i ‘ (portrait) would have.

But I think that ‘i’ does not suits to every person.

i am not sure if one should include all of the people in an ‘ i ‘. Maybe it is only relevant to include the brightest ‘YOU‘. The people one can share with. As YOU did, as in a state of flow, working, processing ideas, sharing, encountering artists who became friends.

‘YOUs’ are important as we said, they are the whole of each ‘ i ‘ and that is not ephemeral, it is crucial.

Somebody, then, can be an ‘H‘ (that comes before ‘ i ‘) and functions as a bridge (like between two straight lines, between two persons). And somebody can be an ‘ L ‘, to only be there for oneself (showing an angle, staying there in this corner, not really committing perhaps? But it’s good as well, it brings a frame – or an angle? – to the table, right next to the wine corks).

Wasn’t it like that with your ‘YOUs’, in Berlin, many years ago, sharing, inspiring, and flowing in a state of flux? That was real life, life together with a community of YOU(s).

Blue for the day.

Red and orange to drink and eat.

Your fascination for the letters.

The semiotic, the semantic, the shape, the outline.

The form, the content of ‘ i ‘: the most (apparently) insignificant letter: there’s a line and a dot.

‘ i ‘ seems to react to the seventies, when the ‘me generation’ was about self–absorption. People were concerned solely with themselves.

‘ i ‘ as a character, as a graphic sign looking like a person, mirrors the artist. Mirrors the person.

‘ i ‘ is a good letter to start from. To turn the table upside down, revolving around a sense of ‘me’ as collectivism.

We were having coffee and we were speaking about the ‘me generation’ in desperate need of irony: an irony led by the urge to invent, with playfulness.

One had not to take one self so seriously, then each idea is lighter, comes across smoothly and takes shape vibrantly, goes directly where it should. From the hyperuranion of a merely intellectual thinking to a deeper understanding: while sharing.

Humour must be there, a visual one as well. As Emmett said: a ‘cosmological humour’, so a kind anybody can grasp and play with. Like an encounter between cultures and people, where and when THE BEST THINGS IN LIFE ARE STILL FREE…

Dieter Roth told you once that an artist should have 10 ideas a day. i believe you get much more than that, Ann?

Any image –to you– can be shaped by super–imposing words or your very self on pictures, in your works.

Further on, typography and calligraphy are drawing the outlines. The colours cyan, yellow, blue and magenta are blending while the thinking process organises them in a rainbow.

A system of meta–meanings is there, where the colours are the symptoms. And from the idea on, you embrace the unexpected, the intention is there, but the outcome is untamed.

The instructions, the process you have in mind, permit a trace to direct your ideas, recording the path.

So the flow happens, not hidden but unravelled through your diary: those 2 meters and 30 centimetres of colours hold within an entire world of references. And life.

You write in a diary for a long, long time each and every day. You write about yesterday, today.

The diary is a diary of names and encounters.

The colours are occupying the different hours of the day: IN VINO VERITAS, interlacing inputs.

One is what one eats.

There’s identity and encounters of minds in your diary. Flowing as in a CONFLUX : when artists are living among others in real life, reciprocity becomes a mutual duty, oscillating the basis, inspiring each other.

The colours of FLUXUS are colours as people.

i–3. ( ‘Incognito improvement, ‘ i ‘, ‘ i ‘, … performances as acts of a reluctant ‘you’…):
Being Incognito aims to be a hidden signifier, the wish in there, revolves around a self–effacing desire.

But the public is too important. It engages. The performance is the duration of an act and it extends to the viewer.

Many words can define us, many can describe an ‘ i ‘.

From the visual poetry, through the act of printing and following a constant progress of ideas, the words are formed.

They punctuate your performing act.

Reluctant to perform, but on stage by choice, you are moving and speaking in front of you(s). The nuances of the words are activating your ideas. You do something that is you.

Animating contents, you create recipients of your perception among the people in the public. The flux involves the person, relying on the element of constant change to meet an unexpected outcome. The improvement happens through a process and there… following the score, there you are.

Overall, I asked you questions in this letter of mine. Some ‘ i ‘s are there, but as often happens, there are more ‘ ? ‘ s.

But if you think about it – i know you know better than me– the question mark is it not an upside-down ‘ i ‘ ? Only a little more curved.

(i saw it in your works as well. i like its shape)

Maybe it’s just that the ‘ ? ‘ was up until late last night. So it feels a little upside down, and stands loosely. Like me today. Like when one asks oneself questions at night.

Poster to the exhibition : 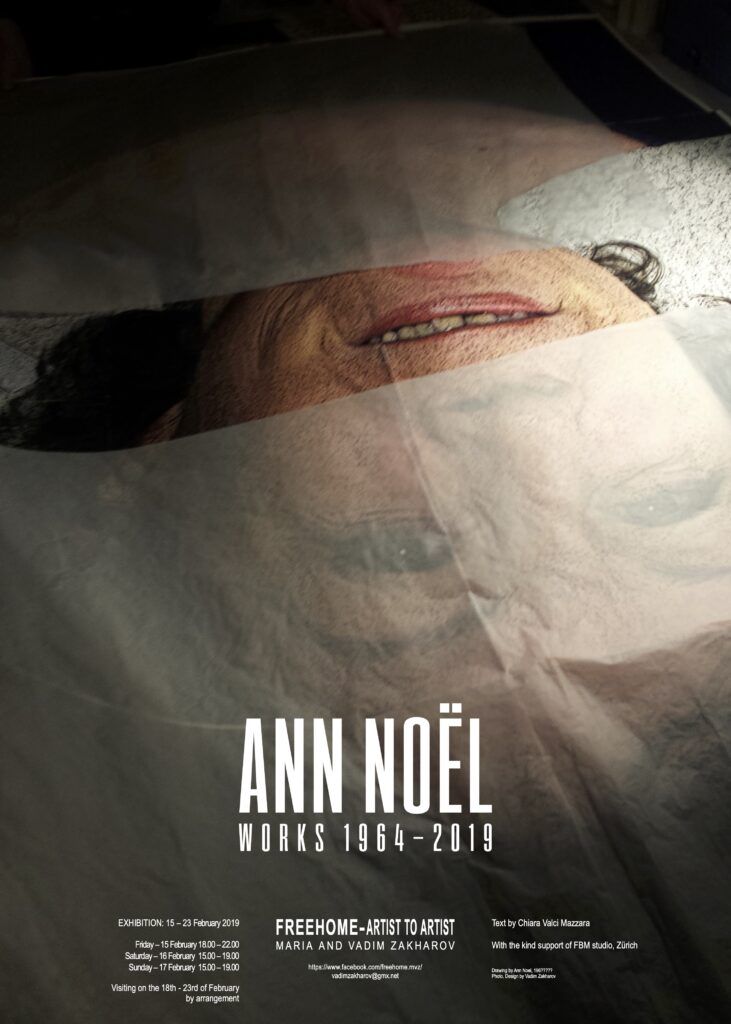