on the occasion of

The work of Henrik Strömberg is the result of a creative process of investigation about form and content, volume and concept, multiplication and refraction of meaning.
Living and recovered materials such as paper, glass, crystals, cutten newspapers and pigments contribute to the creation of works that allow the viewer to immerse in a landscape organised as a self-sufficient ecosystem that, by suggesting new forms, creates new contents. Where every element becomes part of a whole.
The assembled prints creating a new system of references relating to the meanings and aesthetics they originally had, are now enriched with additional semantics, while, at the same time, the glass volumes reflect the complexity of the creative gesture. In the glass works, a transformation and the alteration of content, occur simultaneously.
Ultimately, the matter is shaped and transferred through different media, all the elements are commuting back and forth regularly concurring, and eventually, overlaying meanings. Nothing can be isolated, everything mutate as when volcanic magma erupts.
Text excerpt by Chiara Valci Mazzara

The site specific installation, Vertical Story-telling, conceived by Henrik Strömberg is a landscape consisting of 13 metal structures, plinths, presented in the central hall of the main Pavillon. Vertically ascending, on top of the metal elongated plinths are stacks of cut out newspapers with an intervention of parts cut-out and black pigment added with the intention to erase and counterpart the collection of information per se’, the aim is to investigate the act of gathering rather than collecting information and notions or referring to specific past events.
Volumes, crystals are careful placed on top of each stack. As a last element, paper weights, holding the paper sheets down – as witnesses of the process, collectors of informations, vehicles of meanings: they are the ultimate signifiers.

”Quartz crystals are used in technology, computers as well as in time pieces, watches – the material lends itself as an added component of raw elements of information keeping, in contrast to and as a paper weight, supporting the cut newspapers and the concept of the hidden strata of information layered over time –  “vertical storytelling” . Henrik Strömberg

The theme of this Biennale is “Non-Sculpture – Light or Flexible”, the term “non-sculpture” chosen for this event was influenced by three different aspects.

.‘Self-denial’ ‘Self-reflection’
Firstly, it is derived from the model that Art historian Rosalind E. KRAUSS uses to address two concepts: ‘not-landscape’ and ‘not-architecture’ which explore the way landscape and architecture meet sculpture and vice versa, in her essay “Sculpture in the Expanded Field” (1979). Having adopted this approach, yet conversely, I’ve transformed her semiotic methodology so that the term non-sculpture is understood as a term for the “self-denial and self-reflection” of sculpture.

.‘The origin of my non-sculpture’
Finally, this term is widely applied to illustrate the aesthetic of non-materialism in the East. 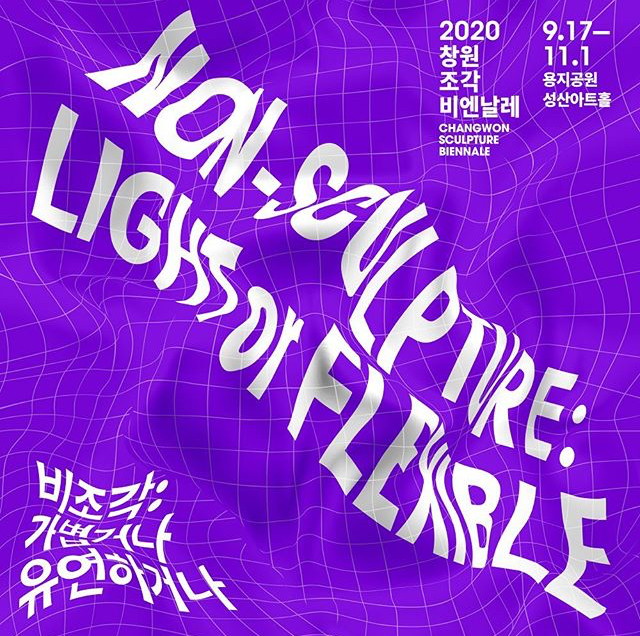