Curated by Chiara Valci Mazzara and Kim Do Hyeong

Text to the exhibition published in the catalogue printed on the occasion of the show:

Morph (-O) -neither metamorphosis nor morphosis- stands for the root of the word. ‘Morph’ is meant as for its etymological meaning. It refers to the shape, the change, the form of the object and ultimately the content. It generates the friction created by the ever-changing shape and the ever-changing pieces in reference to each other.

By mutating to define a shape, Morph- narrows down the circularity of an ‘O’ (Morph- seeks for a destination and the O attempts to contain the ever changing matter).

Morph- means shape and matter. It’s a movement from within. It responds to the idea of transition between material and un-material; when affecting the form, the content mutate.

Morph- is an inner change, it acts on other things and determines a shift from one thing to another: contorting the matter, affecting the form, mirroring an alternative meaning.

Morph- is everything that happens during a transition: it’s process, it’s boundary, it’s on a threshold: hence it’s intermediate. Morph- is also the ambiguity and the disorientation that occurs in the middle. Can be distortion and a new beginning.

-O draws the outlines and the outlines attempt to contain the constituents, if and when this is somehow possible. The matter is the visible proof of the content. The things that are least important are removed.

-O tries to grasp the moment immediately after the in-between.

-O Is the moment in time, beyond the space in between and after the transitional.

-O is close to a circle and contains phenomena inside its borders.

-O is the matter when rounds in a shape, is the last letter (Morph-O), is the final step towards the response to a visual stimuli.

Morph- originally concerns letters, sounds and shapes. -O outlines form, defining the content. It is ever changing during each and every transitional moment of time, frame and context. It determines the form, leaves tangible the matter, resolves the subject.

Morph- makes the object visible and therefore tangible, isolating a variable pressure which becomes perceivable and figuratively portable; the pressure is transferable: from a context to another, from an object to the viewer: the pressure is given by the meaning.

The system of meanings to which the photos and pieces refer is symbolic but what is visible is the shape and weight of the subject. So the portable pressure is the one of the Object represented, the physical weight and -figuratively-  the one given by its past and new contents, its story and new life when translated in photographic works or in sculptural volumes.

Morph- is the in-between and belongs to different places and different moments in time.

-O is the intensity of the photographic investigation, is the stage, the object suspended in space and frame. Is the phenomenon detached and vibrating from an alternate perspective.

Sharp yet intimate and delicate photographs are organised sequentially. The serie of photographs unfolds in a liminal space, where what was is now the next. Where the transformation took place and the time stands still. The subjects of the works are located at a sensory threshold, endowed to elicit a response.

The matter is composed, the object comes from a past life, heir of its past owner’s use. The artefacts are the absolute subjects of each and every stage on which they’re adjusted, they seem to be suspended physically and in tempo.

The delicacy of the photographic composition is articulated through the use of the light, so that the shadows are liminal. Each object stands on a physical and figurative brink, it keeps a boundary with the place it comes from but is now isolated in time and space. The meaning is changed: it absorbed a translation of its very core meaning and use. It’s a regression but moving forward.

The things, the objects re-arranged, staged poetically, become apocryphal, being removed from their past context and strayed from their use, they start to vibrate differently.

They’ve not being re-moved -and their meaning re-evaluate- aimlessly: they create a new intimacy, reveal their patterns, past use and new meaning. They are immutable and everlasting. They’re shimmering through the simplicity of the act of being placed on a meta-stage. Super-imposing over the past. Un-disclosing their entity and a myriad of signifiers.

The pressure is the one of the object on the surface, the one of its past use and value, the new of an unexpected poetry of the photograph.

Each photographic piece is a journey about the past meanings: but only marginally, because now the object is only itself, placed there, under this light, alone, shimmering and enclosing a new meaning: the one of the viewer.

Morph- reveals itself through a closer look, it is there in the pattern, in the shapes of the non-subjects depicted. Normally, as long as it remains unnoticed, the shadow is guaranteed to remain insoluble. But here’s a closer look on its movements around the invisible turning into visible.

Morph- is in the photographs completely revealed: the shapes, the shadows, the form can’t remain evasive any more. The artist moves quickly, catches the moment, takes an accurate look. He isolates elements inside a frame, at the spur of the moment revealing the shadow and an intimate pattern of meanings.

The inner forms of the objects are the elements displayed in his pictures. The rough matter determines his angle of observation: each image is linked to a memory and isolates the matter and details, their shadow, and its very own reflection.

Each picture feels like token in a millisecond. As Looking  through a lens, catching a detail, the light and the shadow and holding the images there, fixed in time. Frozen.

The reflection of the image in the eyes of the viewer is quick, at first not recognizable but slowly making sense. Branches, shadows, patterns, ripped baseball ball, rust and a skull: every element of every image is enlarged because is contained in the choice of the artist. He isolates the matter, re-evaluates the form of the shadow and twists the content into the very reflection of an inner state of perception.

-O is the composition of the pictures, is the attention to the very detail, the set apart a shape, a form, an essential feature from the whole.

The pressure is the meaning of the memory. The leftovers of a moment which the artist attempt to fix in time by isolating its very essence. The pressure takes form through something so ephemeral as a shadow determined by a brief time period: right there and right then.

The shadows and the subjects of the works are merged in a unique entity, invested with the task to be proof of the past moment and evidence of the present perception.

Morph- is the change that occurs continuously as well as the shift of the form and the signifier is a condition always to be expected. Both, a transformation and a alteration of content, are occurring simultaneously. The matter is shaped and transferred through different media, all the elements are commuting back and forth regularly concurring, and eventually, overlaying meanings. Nothing can be isolated, everything mutate as when volcanic magma erupts.

In the photographic pieces the roots of the past meanings is perceived diving into an alternate drift of perspective, Strömberg reduces the source to polarise the content at the very core of the image. He doesn’t settle down for clarity, rather he pursues the action of placing triggers to initiate a new existence of the object. The clarity being left aside, it is consequential that the viewer is exposed to an unexpected outcome and to an ephemeral content.

Morph- acts on the in-between, while the installation of the volumes and the different components takes form. A sub ecosystem formed through the combination between seemingly disparate elements appears as a logical consequence. Photographic elements, negative cut outs, paper and sculptural volumes are coexisting but their accumulation is not left to chance but rather to a multiplication of occasions. The various elements commit to deliver a wider perception of the different pieces, it’s like a dance where every single element concur to a higher harmony.

The sequence of reflections, the portions of images and the verticality of the installation take form as an immersive landscape through which the viewer is moving, absorbing the complexity of the elements, never redundant and always cohesive.

There’s not a unique interpretation but rather a kaleidoscope given by the use of different media equally involved in the final result.

The -O, here, narrows down the matter  and the matter is the subject of the onward multiplication in the volumes. The -O is the grid, the attempt, the part and the protagonist of the movement through something, creating something else. Is the glass expanding through the grid of his sculptural volumes, is the depiction of transitory atmospheres in his photographs.

In the sculptures, the pressure is constantly the one of the glass volumes of the stacks, on the paper, on the fragments. The pressure gives verticality to the accumulation of media, elements, contents, new meanings, new paths.

Morph- acts in the work of Woo Chang Won as the variable that acts on the physical property of the matter of the objects.

The physical world of materials is not anymore the element which constructs the subject depicted in the pieces, but rather is the protagonist, disengaged from the context.

On the edge between consciousness and unconsciousness Woo Chang Won isolates the pure material, the matter, the morph-.

He blocks the matter right before it constitutes in a defined shape. He’s fascinated by the response to the materiality, the immaterial content.

From a general perception of objects,  the artist recedes to the particular of their physical composition:  the rough matter. He untwines the matter and the subject resolves in the bare material.

The artist proceeds building a visual stage in which the substance floats, not permitting anything else but the matter to exist.

-O works as through a microscope: the subjects of the photographic works are standing still, showing traces of the transformation, of the movement of the material they’re made of.

The substance being revealed, the background being traced back to the essential, the consciousness of the viewer can relate only to the circumstances in which the subject is investigated. The artist recedes to the very core, building a system of objects contained into objects enclosed into other elements, reaching the molecules of the phenomena and re- placing the image in a new perspective.

The abstraction is the result of a backward process to the origin. Between abstraction and reality, the awareness is triggered and results in a deeper understanding which leaves open the interpretation but doesn’t allow any escape from the crucial and urgent view of something un-defined yet momentous. 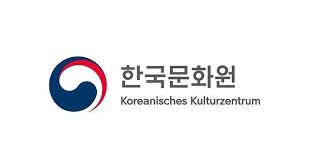