For her first project in 2016, Vanessa Enriquez presents Silence Unravelled. An installation and performance that centers on the notion of silence as an inner state and encompasses the physical and mental aspects of unraveling: untangle, separate out, investigate and dissolve. Continuing her exploration of discarded material, the artist reanimates meters of magnetic tape in order to intervene space in a compelling way. The repurposing of these ribbons of information subverts its original function and opens up the potential for aesthetic and symbolic transformation. In an attempt to break previously defined structures and to engage the audience in a collective experience of the void she explores the slowly shifting landscape of silence through motion and sound. Following the artist’s emotional parameters, dancer Liza Alpízar Aguilar and cellist Samira Aly partake in the unraveling of a complex temporality, suspending a moment in time. Vanessa Enriquez investigates the intricacy and complexity of the concept of time and space. The process is the focus and what is revealed or understood becomes integral part of the work. By synesthesia she creates a dialogue of the senses that result in poetic and that originates compelling atmospheres and a delicate cross-talk between different states of awareness.Performance and artistic practicing are connected, creating a moment, a space in-between, a perception of an alternate state of consciousness. She is focusing on a slow and poetic unraveling of a time lapse in which the whole process reveals itself, gets known and/or understood. The various issues of her work build new atmospheres, relate different aspects of a flowing reality that comes out as a very intimate one. Vanessa Enríquez’s multi-disciplinary practice is characterised by an interest in mystical experience and consciousness. Her work attempts to reveal hidden patterns and the interconnectedness in life and nature. With a focus on meditative practice, she performs set choreographies as well as directed improvisations to make sustained, repetitive and incremental inscriptions using a diverse range of materials and processes. The unfolding topographies and geometries find a correlation between micro and macro, accumulation and subtraction, and reference emergent organic systems and speculative scenarios.  Chiara Valci Mazzara

Is an installation and performance that centers on the notion of Silence as an inner state and encompasses the physical and mental aspects of unraveling: untangling, separating, investigating and solving. Continuing the exploration of discarded material, I reanimate meters of magnetic tape in order to intervene in space in a compelling way. The repurposing of these ribbons of information collapses their original function and opens up the potential for aesthetic and symbolic transformation. In an attempt to engage the audience in a collective experience of emptiness, I devise a performance as a framework for exploring the slowly shifting landscape of silence through evocative movement and sound.

As a continuation of a previous performance dealing with the themes of death, silence and the void, this performance asks a dancer to improvise to a selection of Bach’s Suite for Cello. The premise of exploring the sonic qualities of magnetic tape and the idea of breaking through the “darkness” become the conduit for choosing the movements of particular Suites and determine the quality and rhythm of the dancer’s moves.
At the end both performers stand and breath into two hanging scultpures, creating a myriad of drawings on the wall and hinting on the power of transformation and transcendence.

Vanessa Enríquez (b. 1973, Mexico City, Mexico) currently lives and works in Berlin. She graduated from a Master in Fine Arts in Graphic Design from Yale University (2000). Her recent work, which has grown to encompass video, performance and installation, has been exhibited in curated group exhibitions in Berlin, New York, Mexico City, Hong Kong and the UK. 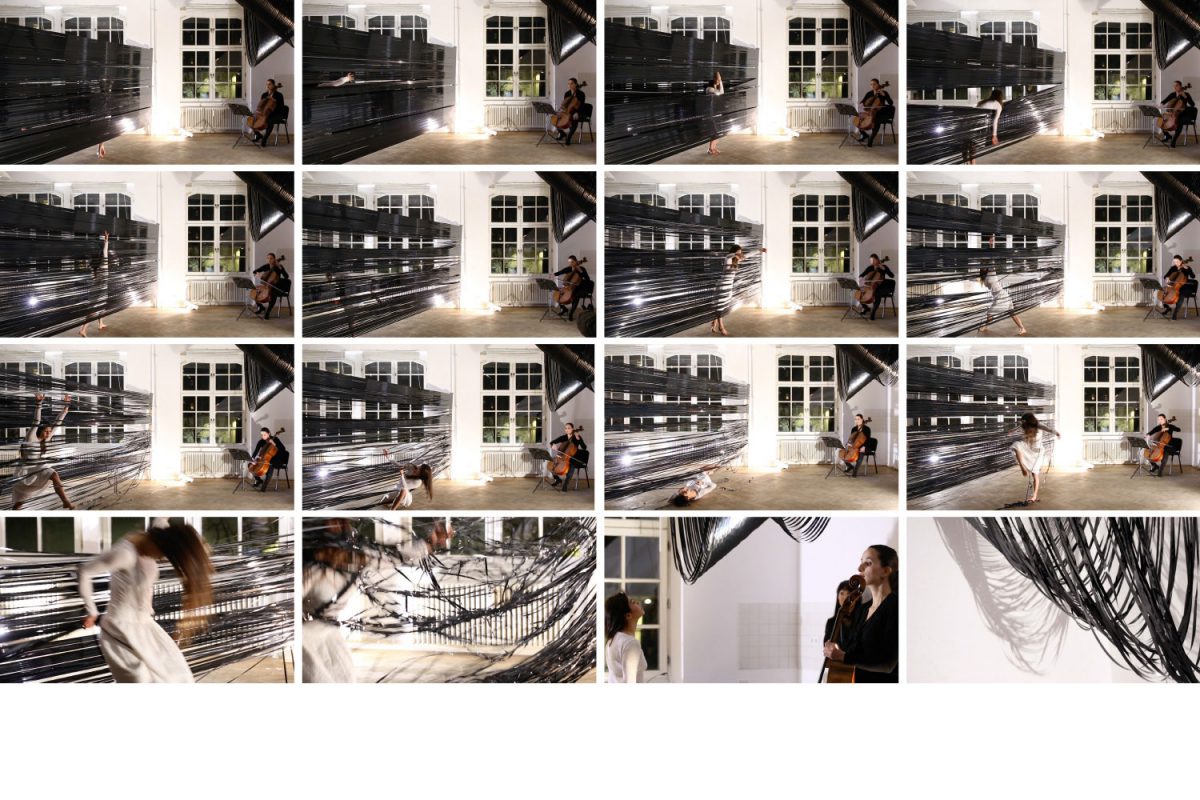 Invitation to the performance and exhibition: 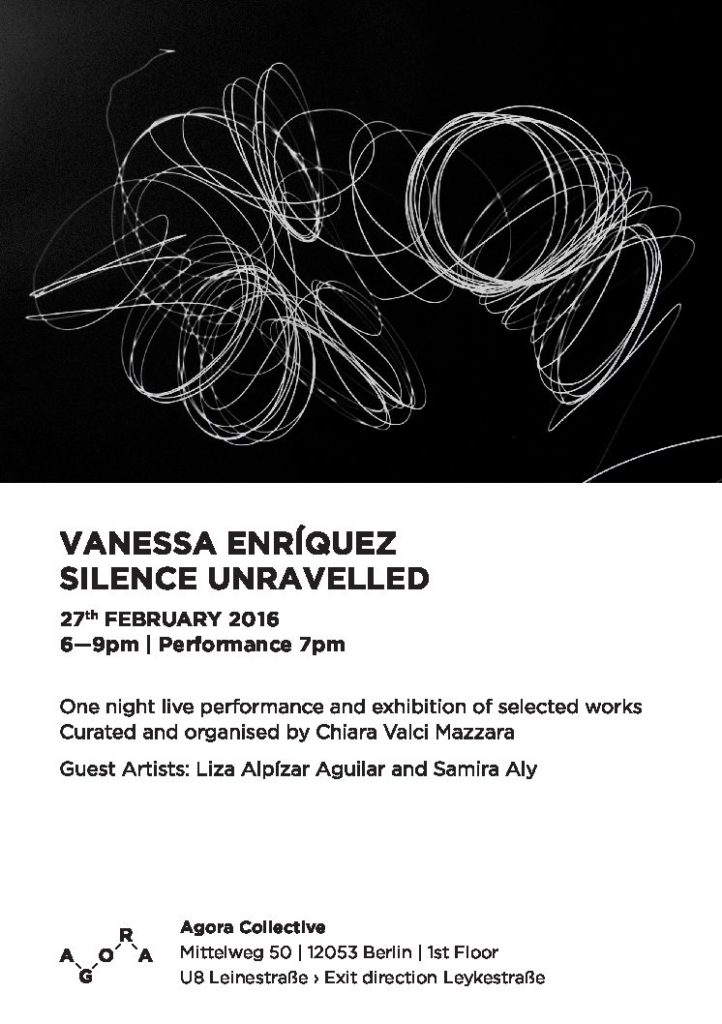